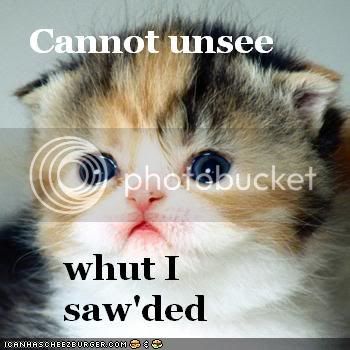 Well, first I was groaning at the ridiculous storyline of Vince being blown up, though I did have to admire how Steph has bounced back since the birth of her baby - looking good, girl!

But then came the tragic events surrounding the death of Chris Benoit and his family, and I was heartsick for days. Literally heartsick. Even now, it stops me in my tracks. I couldn't watch the shows for weeks, even though I did record them.

When I finally did get around to watching, I was pleased to see how the WWE and Vince McMahon as its chief spokesperson handled the whole affair. It is sad that history has been rewritten to remove Benoit's accomplishments, but I understand why it has been done for now. I only hope that in time the extraordinary achievements of the Rabid Wolverine can once again be celebrated.

The storylines have actually improved a little too. I'm sad to have seen Matt and Jeff split up again, but they are both having great runs as solo wrestlers, and they can always team up at pay per views!

I was delighted that they gave Kane a title shot at the Great American Bash, but then having all that upset by Edge's injury was bit too coincidental for me. Then the travesty of giving the title to the Great Khali . . . words cannot express my outrage at that. What the hell has happened to the WWE, where the championship belt used to be awarded to guys who had done great things for the company, as a reward?

And then Kane's shot at the title becomes a threeway battle with Batista, which apparently the Great Khali won? Man, that seriously sucks! I mean I'm kinda glad for the Animal, because it does give him another shot at the championship. But how on earth is that championship gonna mean anything now?

I was similarly thrilled to hear that both Rey Mysterio and m'man Trips are due back from injury. That will hopefully liven things up a bit . . . now if only they will bring back HBK and Taker, I'll be a happy little fanbrat, however superannuated!